Learning To Be A Professional Author 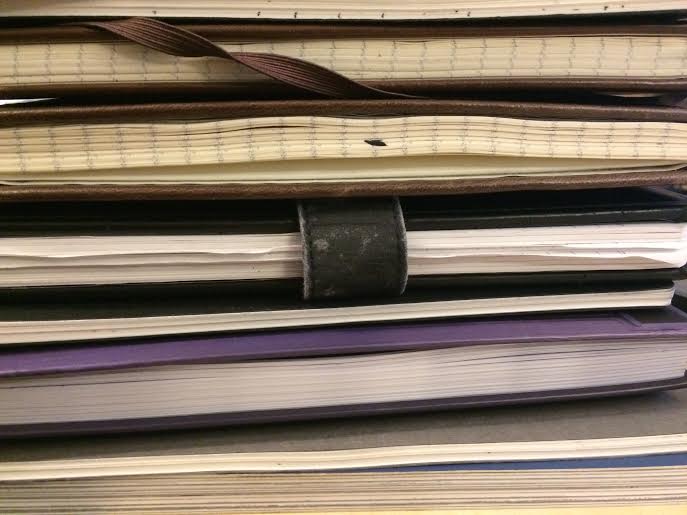 {Haven’t written something lately. Been too in my own head to properly get anything down in a notebook or up on this sit, but, I’m here. Let’s work this out. That’s what writing is for.)

I believe in a strong topic sentence. If you’re a fan of comic books, professional wrestling, stand-up comedy, etc., all of your heroes are garbage and you should immediately get new ones.

It’s been quite a week, for people in the know. Depending on your race or your fandom you’ve definitely seen cracks in the world that might never close up. I’d write about it, but I’ll let Autumn Christian (author, newsletter here, only subscribe if you’re old enough, seriously) say what my brain has felt like:

There’s been a cavalcade of voices online and off, each one demanding everyone do what they think is best. Each one thinking, “If only society would be better if people did what I said to do.” Put a black square in your profile for solidarity. Wait, no, putting a black square in your profile is bad. Listen to POC voices. Ask them what they want. Don’t ask POC what they want, figure it out yourself, stop asking people to perform emotional labor for you. Abolish the police. Defund the police. Hire MORE police. Wear your masks. Fuck the masks, you sheep. Put away your guns. Bring out your guns. Bring out your dead AND your guns. JK Rowling is canceled again. Whatever you believe about women, it probably makes you a bigot to someone. And has anyone, god help us, thought about the men in all of this? Has anyone thought about those disenfranchised black men who grew up without fathers? And is this more important than the plight of womyn?

Not that these aren’t real issues: Police brutality, and racism, and discrimination, and poverty. But it often seems to me the issues become overshadowed, stretched out, gummed up in the machine-works of multiple agendas.

There are issues to act on, there’s places to donate to, there’s lessons we can learn and pass on and teach to those around us.

I had heroes. I met some of them, too. Not all of them were great. Not naming names, but I will name circumstances:

I met a famous comic book artist at a comic convention who wouldn’t look up from his sketchbook as I bought one of his books. His aide, a lovely person, helped me out the whole time while he kept drawing.

I met a group of authors at a meet-and-greet who spoke with the guests for about an hour before peacing (peaceing? peecing?) out to go do something else, when there was still a few hours remaining in the event. People were looking for them.

I met a group YouTube channel personalities who didn’t stop playing games on their cell-phone when I approached their table.

Then again, on the other side of that spectrum, I once was fortunate enough to meet legendary comic artist, George Perez, just a year before he retired. He stayed an extra 30 minutes to make sure everyone got their signature and picture and was beyond wonderful the entire time. Every payment for a picture/signature went to charity. He was amazing.

If you’ve spent any time on Twitter in the last few weeks, first, what’s wrong with you? Second, everybody is awful (Remember my topic sentence?).

That’s hard, especially for me, who looked up and admired some of the people accused of doing the awful things. Not just for the output of work they have, no, but for their work ethic. The way they worked. How they worked. How much they worked.

When you become a freelancer there’s not a lot of guidance out there. Wait, let me rephrase that: There’s not a lot of quality guidance, where what you see you know you’ll be able to use. So it’s hard when you find someone who makes you go, “Yeah, this one. This person is going to be helpful to my overall development and-What’s that? They’re not so great? Great. Ugh.”

Be your own hero.

I wrote about how you need to be your own favorite author, and that still holds true, but now I think with the wonderful revelation that we’re all humans who make mistakes, make errors, hurt other people, hurt, hurt, and cause pain and, well, that’s caused a massive crisis of conscience in me. Last Tuesday, my brain shut down right as I was about to get to work, temporarily blinding me. Too much stress, too much worry.

It means that I cared. It means it meant something, but now it’s time for me to move on.

It’s freeing, in a way, to know that some of the people I aspired to be like aren’t who I imagined and kind of suck. That means I can be my own version of what I hoped they would be. Throughout my classroom time that was my mantra, to be the teacher I wished I had.

I suppose the hardest part is letting go of that hero. In our minds, we built them up to be the idealized version of ourselves, a mirror reflection into a universe where we’ve done what they have already done.

And that’s what you need to do for your writing, your painting, your sports, your computers, your family, your kids, your jobs, your friends, your loves, yourself.

All your heroes are dead. Be your own hero.

Sorry if this is a little dramatic and all over the place. Truthfully, I’ve gone over and rewritten this blog a dozen times in my mind. This seemed like the only way to get this all out.

One thought on “Heroes”