*vacuums underneath the webpage footer

Hello, welcome to my Weeknotes from September 16 to September 22.

I haven’t abandoned my blog.

But sometimes you don’t know what to say, and that shard of imperfection lodges itself in your mind like a piece of shrapnel in Tony Stark’s heart. (Sorry for fans of only the movies who may not get that reference. Seriously, there was period in the mid-70s where anytime Tony was about to get the W over that month’s bad guy, the shrapnel would move SLOWLY closer to his heart, causing him to collapse.)

It’s not that I don’t have ideas for blog posts, I do, but what tends to happen is I tell myself, “Oh. That’s not publishable. Don’t do that. That’s dumb and not worth the time of the people who stop by to read it.” Only now, at the end of what feels like Week 247 of moving, do I realize that’s dumb.

I missed using this as a place to explore, to create, to find something new to write about, but mostly, I missed this as a reason to sit and type.

Because, and I’m going to be honest as I can here, what tends to end up happening is I return home from my day job, the thing keeping me floating, and I break.

I imagine a lot of aspiring authors have this “issue.”

Doesn’t matter how long we think it’s going to be, it turns into the entire evening. Some of us might say, “Rest. Chill out. Watch another episode of Superstore then get back to work.” (BTW, if you’re not watching Superstore, you’re missing out on half your life.)

Yet, that never happens. We fail because we give ourselves a reason to.

This is the start of my second week in our new home. All the boxes are mostly unpacked and the place is starting to feel less and less like a storage facility every day. Are we done?

Not even close. The office still needs a lot of work. Don’t even ask about the room that’s becoming the nursery.

I have a blank spot on the wall for a white board of the impending deadlines I’ve assigned to myself. Could I let them slide? Yeah, probably.

Maybe it’s my body prepping for the arrival of two boys, but I’ve been waking up earlier and earlier every day. As of writing, I woke up at 4:30a. Why? Absolutely no known reason. Maybe my body prefers to work on East Coast time, since that’s when many of my writing assignments are due. Maybe it’s the previously mentioned twins coming in to wreak havok on my sleep schedule.

Whatever the reason, I’m going to take advantage of it.

If I can’t stay up late to write, then I’ll wake up early to write.

What you’ve probably realized, if you’ve made it this far, is this round of Weeknotes is just a net capturing all the thought bullets bouncing around this past week. It’s getting better, the talking to myself, but I can’t imagine I’ll ever be fully cured.

In the 4 weeks since my last time here, I’ve read a few new books that I’ll quickly give blurbs on to save time.

The Sandman: The Dream Hunters by Neil Gaiman and Yoshitaka Amano (Goodreads) 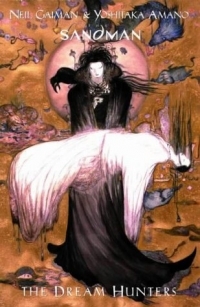 I read this right after re-reading the first volume of Gaiman and co.’s seminal Sandman series. Not necessary for understanding. You’ll pick up on the story fast enough. Gaiman is in top form here, recounting a tale of a monk and a fox who falls in love with him through the lens of Amano’s beautiful artwork. Definitely worth it, even if you haven’t read the series as a whole.

The second book of Marie Lu’s I’ve read, the other being the 1st entry in the “Legend” series, which I thought suffered from the romance between the two protagonists that seemed to spring up from nowhere.
That happens in this one too, but thankfully it doesn’t take center stage.
No, it’s the creation of the world’s greatest “villain” that does, and it’s much stronger for it. Lu’s characterizations of Adelina and the Society are some of the strongest parts of the book, as well as the fight choreography. Will definitely pick up the second book and watch Adelina’s conquest continue. 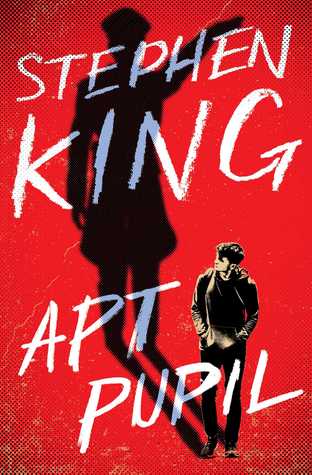 I’m purposefully putting myself on a Stephen King kick. Maybe it’s because I’ve become fascinated with the story of It, both on page, on screen, and the lore King has developed for it.

Or, maybe it’s because outside of his book, On Writing, I’ve never read any of his fictional works. That changes after this one.

While increasingly bleak with each turn of the page, I couldn’t stop. A darkly woven tale of a young boy being seduced by the alure of horrors past. Or, is it the other way around? Is the boy being infected or is he bringing out what was already there?

An excellent read, just don’t try and gift it to your student.

100 full days that are ready to be cracked open.

I wonder what I can do with all that time?

No that’d be silly.

Sorry for such a lame entry this week. It’s tough to dust off the cobwebs to get to whats underneath. We’re afraid of what the dust might be covering.

But it’s better than breathing in dead skin cells for another minute more.

Whatever, it made sense in my head.

One thought on “Weeknotes 37”