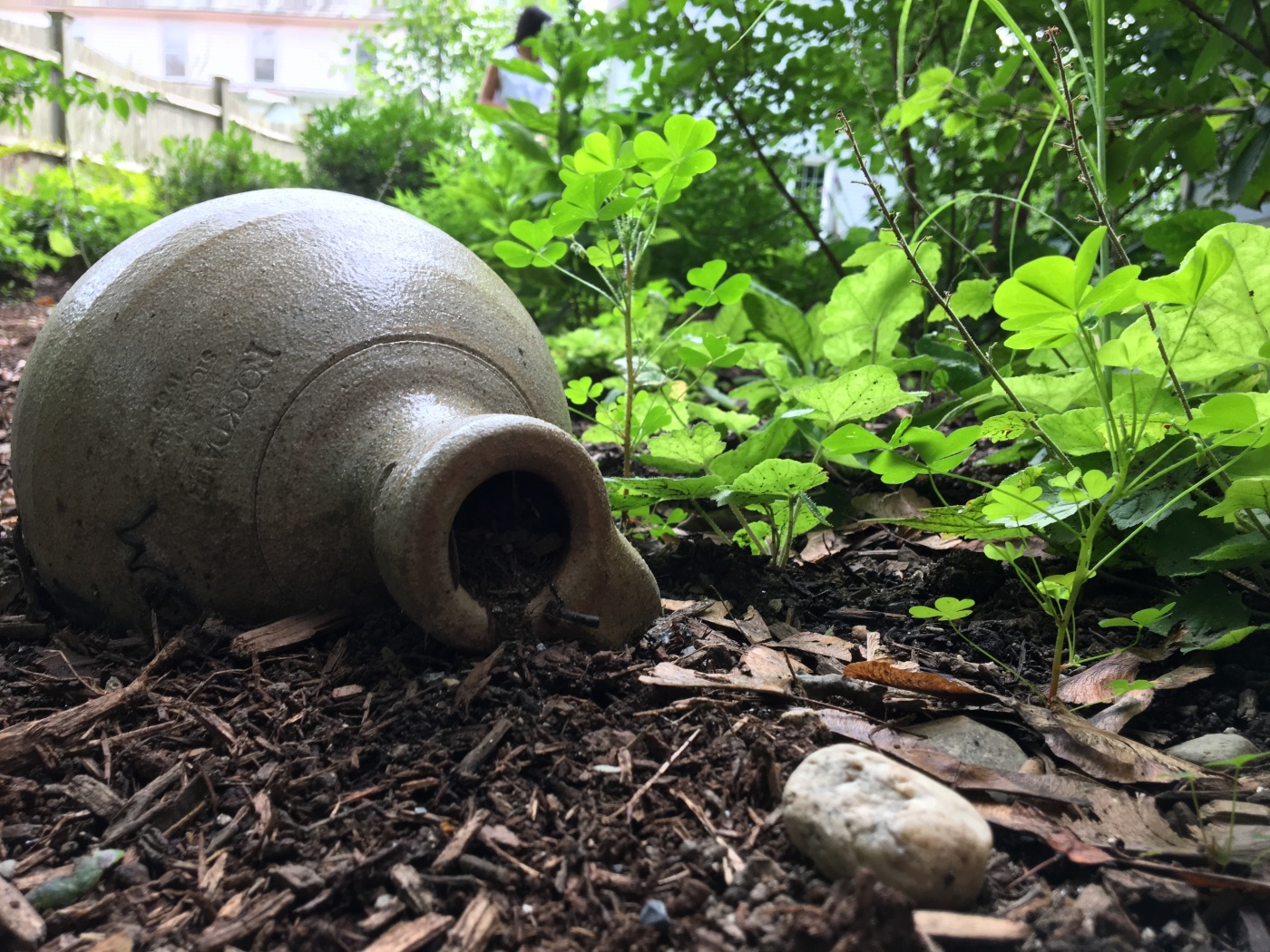 Professor McNiven adjusted in his hand carved, elven birch chair behind his desk and wondered why he hadn’t opted to spend more of his measly pay on a more comfortable one. Especially while listening to student presentations. This wasn’t normally his style. McNiven preferred to walk around his room, working up close with his students.

Today, however, he was trapped in a wooden vice and about to listen to one of his favorite students lie her way through a presentation at the front of the small room.

“Mykael, you’re last up. Do you have your report?” McNiven asked.

“I want to say yes,” Mykael said. She was eleven years old but lied as if she’d done it for much longer.

“You also told me never to lie. See the problem I’m working through? This feels like your fault, Professor McNiven.”

The class finally couldn’t contain their enjoyment and laughed out loud. No other student in his small group talked to Professor McNiven that way. They knew if they ever addressed the Professor the way Mykael did, they’d be held after school to write sentences on the chalkboard, erase them, then write them all over.

“Mykael, I asked you yesterday if you worked on it. You told me you had,” he said, rubbing his temples so hard he almost scraped off skin.

“I did, but if you remember not once did I say how much I worked on,” Mykael said. She pushed her cropped, black hair behind her ears and smiled, confident in her argument.

“You’re right. This does feel like my fault,” the Professor said. He sat upright in his desk and reached for his leather-bound markings book.

“I’m glad you finally understand,” McNiven said. Mykael turned to give her classmates a thumbs up. “The failing marks you receive are totally yours, however.”

Mykael’s classmates stopped giving thumbs up and started laughing again. This time their joy directed at Mykael’s misfortune rather than her wit.

“I loathe you, Professor,” she said with the sneeriest of sneers on her face.

“I know you don’t. Have a seat, Mykael, and I’ll try to pick up the pieces of this presentation,” the Professor said. He stood, adjusted his long, brown coat, and took his place at the front. Mykael, defeated, walked herself back to her desk, taking great care to step over bags and tails. Her Animar classmates occasionally let their tails out all over the floor.

“Just because Mykael didn’t complete her report that doesn’t mean we can’t still go over what she was supposed to present. Mykael, if you don’t want to fail, then you need to help me as best you can, understand?” McNiven said.

Mykael buried her head so deep into her desk it would have taken three gravediggers to find her.

“Thank you,” he said. “Mykael was going to be talking about…what was it again?”

Mykael mumbled from behind her arms, “maffa effines.”

“Thank you Mykael, Mana Engines. The source of our planet’s livelihood. What do Mana Engines do, Mykael?” he asked again.

She flopped her head off the side of her desk, letting it hang in the aisle, as if waiting for merciful death. “They power lights, air ships, and practically everything else. Please kill me.”

“No chance,” the Professor said. “Why are they so important, though? Why do you think Mana Engines should be studied and understood?”

“Because they keep food cold?” she said. The class, once again, was besides themselves with hushed giggles.

Professor McNiven stepped forward and took off his spectacles. He was young enough to not need them, but preferred the imaginary respect he received while wearing them.

“That’s not entirely true. What do Mana Engines have to do with the War? Think about it.”

A small hush draped the young ones. They dared not speak of the War, at least in front of an adult. Their small village laid away from the battles and away from the carnage. The Land, Sea, and Sky Kingdoms had fought for over 3 generations with one another and there seemed to be no end in sight. While some villages joined the efforts of the greater kingdoms, others hid away in the mountains and the wilds of the world.

The students’ ancestors went high and constructed a village in the cradle of an Elvenwood, the tallest trees in the world. From here they could see past one horizon to the next. A living treetop city.

The biggest implication of the hush was what it meant for most of them. When those in the village turned twelve, they descended the great tree every day by human-powered elevators to work in the fields. Mostly they harvested grain, but some went hunting while other went gathering. This could put them in direct contact with passing-by soldiers or, even worse, a skirmish.

Today was their last day of school before joining these ranks.

Professor McNiven hoped to spend this last day giving as much real-world advice as he could, however time seemed to slip away quicker when you wanted it to slow down.

McNiven reached over behind his desk and took out what appeared to be a small grey box with a circular disk on the side. A Mana Engine. The hush stilled itself even quieter and a small, continuous humming sound emitted from the Engine.

“Tell me, Mykael. Why is this important? I special ordered one using my contacts in the city of Gaea, so appreciate this while you can. Why are the Three Kingdoms fighting over these?”

Mykael refused to answer. Instead, she turned her head away and looked out the window.

“What does it matter?” She said, keeping her eyes fixed on the outside. Deep blues and glaring whites summoned her, beckoning Mykael. McNiven could see it. He spent the last several months trying to reach her, to no avail. Not wanting to lose the lesson, he carried on.

“Right, well, Mana Engines take Mana, the magical essence hanging in the air, born from nature and people, and condenses it into energy. From that energy, we can do all kinds of things,” McNiven said. It didn’t appear to do much, but once Professor McNiven flipped the switch on top the Engine went from a low hum to a slightly louder whir.

“Mana is the lifeblood of our world, a leftover piece of us, the animals, the trees, everything. We make energy every day just by walking around and breathing. By capturing that and turning it into a usable energy source, Mana is what makes our world go and this,” he held up the device, “is what makes it real.”

Mykael finally sat up in her desk. “Professor McNiven, can I ask you something?”

“Why? Just, why? We’re not allowed to use them in the village. The Elders outlawed them a long time ago. We’ve only read about them, and everything we’ve read talks about how it caused the big war to begin with. Humans fighting merfolk. Wizards shooting lighting at the sky tribes. Bird people swooping down, terrorizing innocents. If it all didn’t sound so interesting, I’d say it was horrifying.”

Professor McNiven looked out at his class, examining their little faces. Some of them might be kidnapped by the Sea or Sky Kingdoms and be forced to fight alongside the Land Kingdom. “I’m sure there was a question in there, Mykael. You just need to make it clearer.”

“Why do we have to learn this stuff if we’re never going to use it? Our village doesn’t exactly need mana engines to power our bull plows. Where are we gonna put them? Up their-”

“I think that’s enough for today!” The Professor intervened before his class detoured down a gratuitously gross route. His students still laughed. “I thank you all for coming today, I know how busy you must be preparing for the start of the harvest tomorrow, but, I will see you at the Start of Season Festival tonight! Good class and, well, good luck.”

The students gathered what few supplies they could and made their way for the exit. As they passed through the crooked archway in his small, makeshift schoolhouse, each transformed back to regular kids, joking and poking fun at one another. Kids who, the very next day, would transform into farmers, hardworking and focused on providing for the village.

All save one, it seemed.

“Mykael, class is over. You can go now,” Professor McNiven said.

Mykael continued to sit with her head on her desk, surrounded by a wall of arms, hiding her face. She didn’t respond.

“So, are you going to go home eventually?”

“Do you want me to walk you home?”