I’ve been waking up at 4am for the past week.

Do not cross me.

For I am sleepy. And powerful.

Last week, I took my normal sleeping schedule and kicked its tucchus right out of my home. Instead of trying to stay up later and later to get stuff done, after an already tiresome day of freelance writing and tutoring work (mostly involving driving many hours), I flipped the work-time schedule on its head.

Wake up earlier, not go to bed later.

Here’s how it’s been turning out:

–Alarm goes off at 4am, roll over, turn it off as fast as possible to allow pregnant wife to continue sleeping. Lay in bed contemplating future life choices. Secondary alarm goes off at 4:05 am. Switch that off. Sit up. Crack neck. Get up.

–Set the coffee to brew. (I’ve been drinking black coffee lately, in an effort to cut down on my sugar intake. On one hand, I’ve already noticed a decrease in pant size thanks to my overall sugar decrease. On the other, I hate everyone.)

–Set oatmeal to microwave, handwash a handful of blueberries, cut an apple, and feed the cats their wet food. This last part is extra important because, as noted earlier, a very pregnant woman is sleeping upstairs creating two boys for us to soon raise, so if I don’t feed the cats fast enough they meow like they’re dying.

–Drink coffee. Eat oatmeal. Listen to NPR’s “Up First” podcast to make sure the world is still out there.

–Write #7SecondShortStories for my Instagram feed. A practice which brings in the occasional new reader, but it most certainly makes me feel better and helps wake me up creatively.

–Write Morning Pages in your Mickey journal. This thing is almost full, maybe just 3-4 more entries remaining, then switch over.

–Log daily tasks in your Disney yearly planner. Reflect on how most of your writing devices are controlled by the Disney corporation, thus putting your daily to-do list in the Marvel Cinematic Universe.

-Do your exercises. Will talk about this probably later this week, but I’ve been doing the 5BX Plan, a system devised by the Canadian Air Force in the late 1950’s. You do it once a day, 11 minutes or less, then that’s it.

–Write new stuff for as long as you can until it’s 6:30am. Follow the A-B-Cs of writing.

As of last Monday, I am blogging every day for the last 100 days of the year 2019. Anything to get me moving, to get me hungering, to get me thinking about what I’m doing as a writer.

So far, it’s been a success. After another few weeks I’ll probably have something to say about my site’s stats, but for now, here’s the week that was:

The Hardest Part of Teaching

Quotes – Steinbeck – A Life In Letters

What It Takes To Write Fiction

Life’s Too Short for Books You Hate

Stopped reading The Wanderers. While I wanted to enjoy Wendig’s apocalyptic tale, it was too much and yet not enough.

Like I said earlier, “Life’s too short for books you hate.”

Not that I hated it, but if I wasn’t enjoying myself while I was reading it, what’s the point? This isn’t school. No one’s making you read anything you don’t want to. (Though, hopefully to my credit, I never tried to force anything on my students during their free read period.) 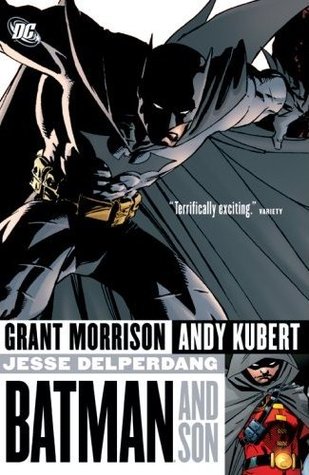 Started rereading Batman by Grant Morrison from 2006-2008. Such brilliant work, and such a great take on the character. This first half functions like a James Bond work, with globe-trotting adventures, beautiful women vying to kiss/kill you, and ninja-Man-bats.

Mix that first half with the second half’s dark imagery, some of the darkest I feel since Morrison and McKean’s time in Arkham Asylum, and you have an example of why Batman works in so many mediums. Though, with the passage of time, you realize how desensitized we might have been to some of the more gruesome elements of the second half. I don’t recall being as shocked with most of the violence like I was now.

All in all, an excellent take that I remember being excellent at the time. Always lovely when something like that holds up.

Stephen King’s It is coming soon…

That’s it from me for another week and another entry.

2020 isn’t here yet. The holidays might be on top of us, but no one says they have to go by fast. You control the speed of your day.

Press the break, slow down, write something, then get back on the road.