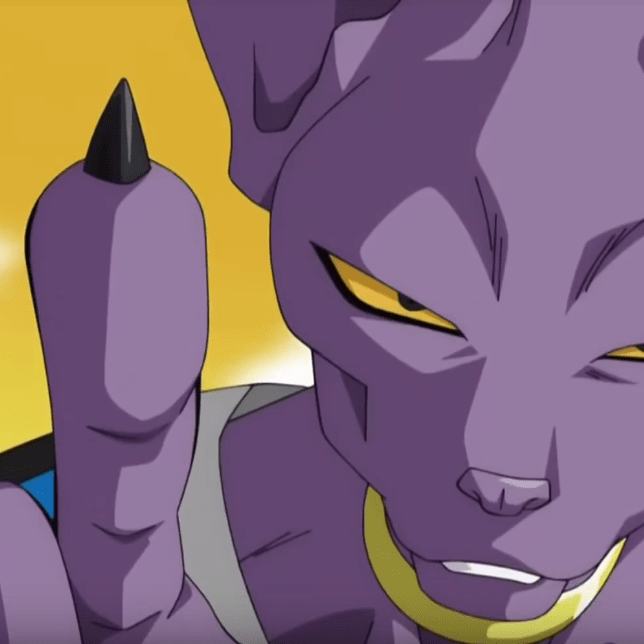 Over a year ago I started watching “Dragon Ball Super,” the sequel series to the best fighting show of all time, “DragonBall Z.” I was so inspired by what was happening on screen (not necessarily HOW it was happening because back then the animation wasn;t as great as it is in later seasons, apparently.) that I had to write something, anything, down about what I witnessed.

I haven’t reviewed comics for a while, and it’s been almost as long since I worked at a comic book store. Discussing comics, craft, structure, character arcs, and so on, was part of my day to day life. It allowed me have an insight into how a story evolved and grew by chatting it up with other fans.

I wanted to do that again.

Break It Down is the sub-blog, attached to my main blog Fifth Draft, where I’ll write specifically about stories. With enough tinkering I finally figured out how to rig my website to do this. So, Weeknotes on Mondays, Fifth Draft on Wednesdays, and, now, Break It Down…whenever? I guess when they come to me.

Here’s a re-posting of the blog that got me started writing blogs again to begin with, transferred over from Facebook Notes.

I don’t have a stable blog (yet) and there’s too many thoughts going through my mind while watching “DragonBall Super” for the first time to not get them down somewhere.

Beerus might be the most important character in DragonBall history. In Anime history. In storytelling history.

Hyperbole? Sure, but this is coming from a show that literally has a room called the “Hyperbolic Time Chamber,” so, bear with me.

Since DragonBall Z ended in Japan, and even more recently, since it finished airing new episodes here in America on Cartoon Network’s Toonami in 2003, the one lingering, pervasive arguments that kept many fans from the show engaged were: Who’s the strongest?

We could all agree on best villain (Frieza), debate our favorite fights (Goku vs. Cell! Goku vs. Vegeta! Piccolo vs. 17!), and even discuss the funniest moments (too many to list), but the thing I recall igniting the worst vitriolic attitudes from the fans was power levels.

Yes. Power levels. Those things that quickly became meme fodder once everyone figured out that “Over 9000?!?” was funny enough to put on a shirt. It was an unintentional ranking system that Toriyama quickly moved away from. As soon as Radditz arrive and started ranking people based on power levels, he realized his mistake. Every fan decided that there HAD to be a power level associated with the characters, and it was our job to figure it out.

Hell, somewhere on my computer I have a Word.doc that is literally just my best, estimated power levels from the “Android” and “Cell” Sagas. (That’s right, I was a special kind of 14-year old. Wouldn’t write an English essay, but I’ll spend 50 minutes creating fake things about fake things.)

They were critical for giving us an idea of how far those characters have grown. There was a hierarchy to the characters, who was the strongest (Goku, but only when he channeled the Spirit Bomb), who was the resting strongest (Mystic Gohan, right?), who was the 2nd strongest (Vegeta, but like, only that time he got REEEEALLY mad), etc.

This type of mindset made discussing ANYTHING DragonBall related awful.

Then, Beerus shows up.

No, not just beats. Annihilates.

Everything that we loved from the original series he smashed through, like a brick through a glass tower. It’s as if Toriyama decided that if he was going to make something new, he needed to smash down what had been, effectively, a cancer. The idea that power levels matter and there HAS to be a ranking system. Mystic Gohan HAS to be the strongest on the planet because he could fight Super Buu at THIS level and-

None of it matters.

Because to Beerus, it doesn’t matter.

Beerus, as a God of Destruction, wants to cull the universe of planets the same way a gardener pulls weeds. He is above pesky interactions and proves that he is a true deity. (when he’s not getting upset about getting shot with a water gun.) His role is to destroy, and that’s exactly what he did to mine, and thousand’s of other DBZ fanboy’s, firmly held beliefs.

That the universe HAS to make sense and things HAVE to be done a certain way and NOTHING can change that.

Grow. Do more. Because even if you think you’ve plateaued and hit the highest point possible, you turn around, look up, and see the peak of an even higher mountain looking down at you.

One thought on “Break It Down | Dragon Ball Super, Season 1”