How I’m Going To Edit My Book 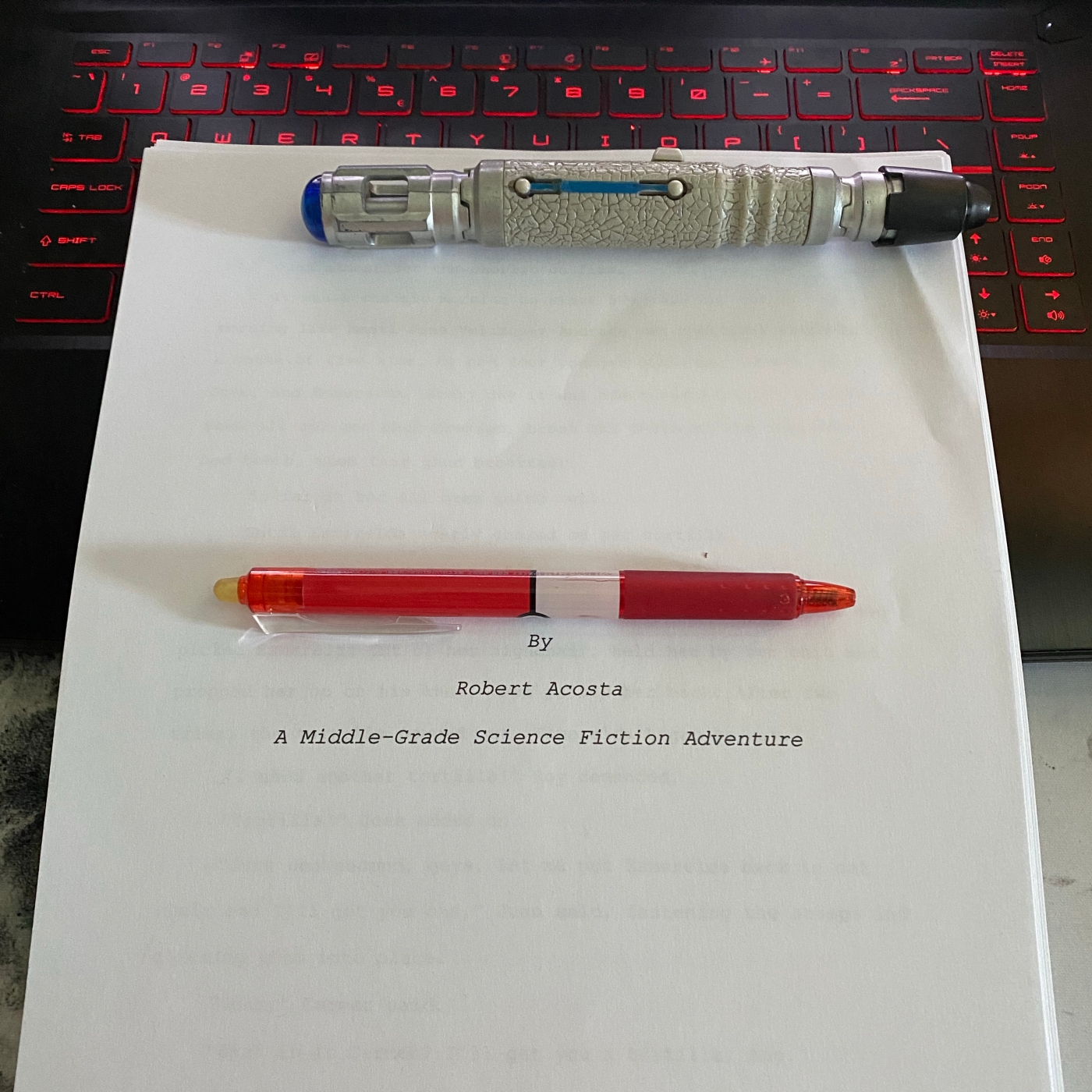 It’s July! The year is already half over, time is slipping by like a baby wearing socks on a tile floor (firsthand experience DON’T ASK), and nothing matters! Hurray!

But no, seriously, time is seriously passing and if you’re not careful then all of it will be gone. Dried up. Whispering away in the dry desert wind. -insert another metaphor to explain what it’s like to be in your early 30s-

Me? I’m getting started today on the next phase of a project I started back in January. In my mind, however, I just started this thing like…last week. Turns out I closed my eyes, 6 months passed, I grew a beard, and both of my sons are now off at college making bad decisions.

Project: GREY, my middle-grade science fiction adventure novel, is ready to begin its 2nd draft. For those who don’t know the story of this particular project let me break it down for you: I was querying Project: GREY in the second half of 2020. While all the agents I queried for a while very politely declined, I did start to receive a few agents telling me they liked the story, liked the concept, liked the characters, but they didn’t know how to represent it or sell it. Some said there was a pacing problem while others said they couldn’t put their finger on what was off about it. A lot of this confused me, until one agent very nicely told me, straight up, it’s like 20,000 words too short.

And that was the clicking moment.

Initially, GREY was going to be about 25,000 words, the average length of a Goosebumps book. It’s topped off at about 40,000 words right now, so a massive gain in story and space. The agent then said if I made the changes to the book to reach out back to them, specifically, and try requerying again. They asked me to send them my book. Specifically. So, I spent all of January plotting out how to add on new scenes, new interactions, give my characters more room to showcase themselves. Then spent February through May writing. I’ve just taken June off, giving myself space from the story to get a clear mind and allow myself to come back to it with fresh eyes.

I’m ready to get into the editing process. This is extremely important because of that agent’s offer. In my mind that’s all I’ve been thinking on, focusing on, driving me forward. That kind of invite doesn’t around too often from agents so when it does, you have to take it seriously. And if it doesn’t work out, which is still a real possibility, then at least I’ve got something I’m proud of to keep shipping around.

This is my 2nd Draft. I’ve printed it up, ready to go to town on it with a red pen. In this case, a red Pilot Frixion Poke Ball pen I got from the Pokemon Center in Japan. (Had I known how wonderful they were I would’ve gotten 3 or 4 more of them because they’re great.) This phase is for copy edits, checking for grammar, spelling, and all of the little unnecessary words I most likely put in. All of the “that’s” and “justs” and “reallys” and so on. I try to write like I speak but that may not translate well to the page.

As for adding on extra scenes, whole paragraphs essentially, stuff that can’t be easily added in the margins of a page? I’ll mark up those sections. Say things like, “Expand here. Elaborate here.” Then add on some notes of what I think needs to go in that section before typing them up in the next step.

I’ll go at 6 pages a day for the next month, finishing up by July 31. Project: DEED, my middle-grade realistic fantasy that I’m typing up its first draft, is also due July 31. That means August 1 there will be a passing of the torch type moment where I put Project: DEED away for the month and focus on typing up the changes I made to Project: GREY. That’ll be its 3rd draft.

After that? Well, we’ll wait and see.