Break It Down – Joker Movie Trailer – “Put A Smile On”

In the early days of comic book films, outside of Christopher Reeve and Richard Donner’s epic Superman film, there strangely were not a lot of superhero origin stories. Tim Burton’s 1989 Batman just drops you into essentially year 3, the Dolph Lungren and Mark Goldblatt severely underrated classic Punisher film from 1991 barely bothers to touch on his family, instead focusing on his butt cheeks in a gross New York sewer, and Wesley Snipes and Stephen Norrington’s 1998 Blade film weaves his backstory into the villain’s evil scheme. 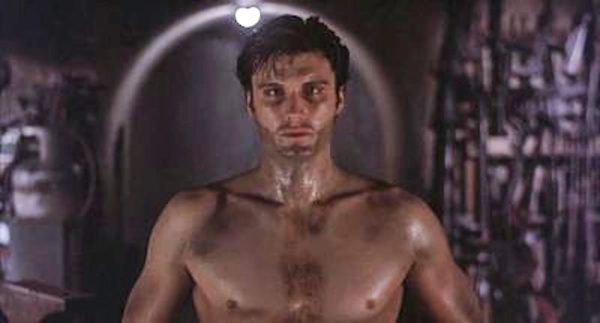 Christopher Nolan came along with Batman Begins, and we just HAD to see how all of these super-heroes got their powers. I’m not knocking what Chris (Can I call him Chris? I feel like he’s a guy that only ever went by Christopher.) and Christian Bale did with that film. It’s one of my favorite super-hero films and was a monument in getting people to take them seriously, probably more so than Dark Knight, and showcase that these characters were vehicles for telling larger than life stories with people who just happen to stick to walls and fly in the air.

There was those scenes, where Bale’s Bruce Wayne plays around with suit designs and tech needed to become the Gotham’s avenger. It demonstrated to other filmmakers that this is what people need to see. The origin. How did this all come about? Where does each part of the suit, the costume, the name, EVERYTHING, where does it all come from?

And, honestly, we don’t always need to see that.

See, origin stories kind of have a curse going for them. We know the ending. That’s it. You’re whole movie is, basically, spoiled. The entire premise of an origin story of any character (Looking at you, Solo, primarily on this one) is that it’s a map to a destination we’ve already been. We know Spider-Man is going to stink with his web-slinging…at first. We know Superman isn’t going to be very good at flying…at first. We know that Iron Man doesn’t a clear mission in his head…at first.

But when it’s every. Single. Super. Hero. Movie. Well, even ardent forgivers of these films, someone who praises them and speaks out to the world about how fantastic they are and what they can represent to the greater fabric of creation, people like me, get tired.

So, now we have Joaquin Phoenix’s Joker film, releasing this October. When the announcement came I, like many fans of these films, gave an exasperated, “*sigh….Okay. Let’s see it. Come on. We got work to get to in the morning.”

And suddenly we were all like, “Whoa, okayokayokayokay. That’s definitely…different?”

Two-and-a-half minutes from director Todd Phillips’ mind. And I was…stunned?

Is stunned the word you use when you don’t know what else to do and just need to write a blog post saying how you were wrong about super-hero origin stories and they can be great so long as they have a style, a voice, and try to break new ground on what makes the characters tick and isn’t all about how to get Boring Character A transformed into Exciting Character Z, where they’re ready to be beat up by Batman?

Because that’s what I was.

Super-hero origin stories work, when you don’t just follow the map of X-Marks-The-Super-Hero, but branch out. Take the oft-beaten path. Look deeper into the minds of what makes these characters stick around for decades. Then, and here’s the kicker, do it well.

Actually, this movie doesn’t come out until October, so in a few months I could be eating these words, but so goes the internet. *chokes on morning coffee

Check out the full trailer below: