You’re Your Own Worst Enemy When Writing, And That’s A Good Thing 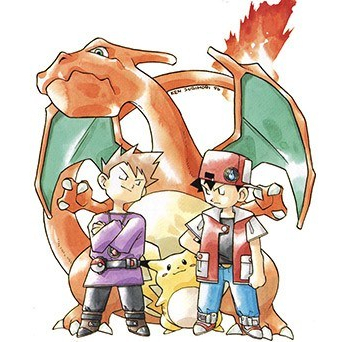 I don’t know if people who want to become professional writers understand the mental fortitude and strength needed to do this job.

I’m only barely understanding it.

For example, I came across a tweet some time ago (of which I can’t find it now because of course I can’t) that said something to the effect of when you work for yourself, not only are you your own boss in charge of your day who the employees hate, but it also means you’re your own employee who the boss is constantly trying to get to work.

So in this weird, cyclical world you’ve devised, you are an employee, working against a deadline that the boss gave you, but you’re your own boss, right? Meaning you set the deadlines for your lazy employee to hit. However, if they don’t hit it, then it means they’ve failed, and doesn’t the beef stop with you, “The Boss?” If the employee doesn’t do their job aren’t there consequences for management?

It’s all very confusing and tough to grasp, but it’s the honest truth.

I’m a freelance writer, looking to write books for kids, meaning I’m my own boss AND my own employee.

And I suck at both of them.

That’s also a thing you need to accept. Just like you have crappy bosses in the real world, or if you’re a boss and you have that one employee you just can’t stand, when you’re freelance you are basically BOTH OF THEM. The Crappy Boss (c) and The Crappy Employee (TM).

But that’s what’s supposed to happen, right? You read the Tweets and follow the blogs and every “successful” writer who has made it will say that’s part of the struggle. You need to push yourself to be better because no one else will. It’s not like you’re in an office and Derek (Who sits in the cubicle across from you who is also vying for the corner office down the hall with the view of the park and will do whatever it takes to steal it, Derek!) stands up to snatch your thunder before the big presentation.

This is all hypothetical, but go with me on it.

In short: You need a rival.

One of my favorite franchises of all time is Pokémon, as anyone who has ever visited my Twitter profile will tell you.

The Champions unite??
Gym Leaders v. Gym Leaders??
The music??
I want this story!
But….it does confirm what I worried about for SwSh. There’ll be no legacy characters on the Switch.
Still, bring it on!#Pokemon #PokemonMasters https://t.co/GxaSqY7eLr

And one aspect of the game that carries from version to version, sometimes in a good way and sometimes in a not-so-good way, is the concept of The Rival.

You begin your journey, choose your starting Pokémon buddy, then someone comes along, picks the Pokémon that is the exact weakness of yours, and does their best to remain one step ahead of you. For many of us, especially from my generation that began their Pokémon journey back in the late 90s, The Rival defined us.

We played that game simply to smash their face in the championship match and prove we were the best ones ever, thus beginning our reign of terror over the Pokémon region when we were but children.

When you’re working at home, alone, with only the internet to learn from, you lose that rivalry. You lose the competition it breeds. Instead of working next to Derek (Who constantly brings the boss coffee every morning and why are you such a kiss-ass, Derek!?), you work alone. Only you. No one else.

So, who do you compete against?

This is that mental fortitude part I was talking about earlier.

You compete against who you used to be.

Well, yeah. If you say, “Females have babies,” that’s really obvious, but it in no way goes into the challenges and obstacles that come with the biological conception of another human being, as I’m currently learning about when my wife needs a smoothie made at 9 o’clock at night.

Saying, “Compete with you were and become who you want to be,” is one thing.

Following through on that, doing everything in your power to become that, takes every bit of mental might and brain tissue you have.

But the only way to be the best, like no one ever was, is to stomp out the person standing in your way, preventing you from reaching the top…