(NOTE: This introduction, and most of the Weeknotes, was taken from yesterday’s morning pages journal entry. This is why I reference it as the last day of the month even though it’s going live in July.)

It’s the last day of a very up and down month in a mostly clam-til-the-end quarter. Honestly I wish I had more to say about it other than recounting the obvious in a dry, by the book method of exposition.

April and I found out we were pregnant; with twins; another successful year of tutoring ending; I finished a book; I edited a book; people read the book and liked it; summer began; we’re looking to maybe buy a house; I started my next book; supposed to finish next book; have yet to finish it.

Welcome to my Weeknotes for June 24 to June 30.

Last day of the month, ready to look ahead at Quarter 3, unsure of what to set up for myself because I’m afraid at giving myself a deadline I won’t be able to hit. An unattainable goal.

Professional writing is all about hitting that deadline. Smashing that mark and proving you are a capable person who should be given money to put words on a page.

What does it mean for me if I can’t reach a self-imposed deadline?

(For anyone not in the know, Project: BIANCA, my next book, was supposed to have its first draft done by June 30. And I did not do it.)

Does that make me less of a writer than the pros? I once wrote something to the effect of, “If you plan to play in the arena of the gods, you need to give yourself every advantage that you can get.”

No. Change the rules.

I’m moving deadlines around and giving myself more space to breathe. To power up. To function.

Project: BIANCA is now due at the end of the summer. Same goes with sending out Project: GREY to book agents. That goal post has been moved.

Project: HARP is the new Quarter 3 book to write from scratch, but that’s already been 2/3 written in a notebook so that’s a bit of a cheat, too. CHEATING. All the time. Then it’s twin time at the end of 2019.

What did Batman say?

The Collapsing Empire (The Interdependency #1) by John Scalzi (GoodReads) 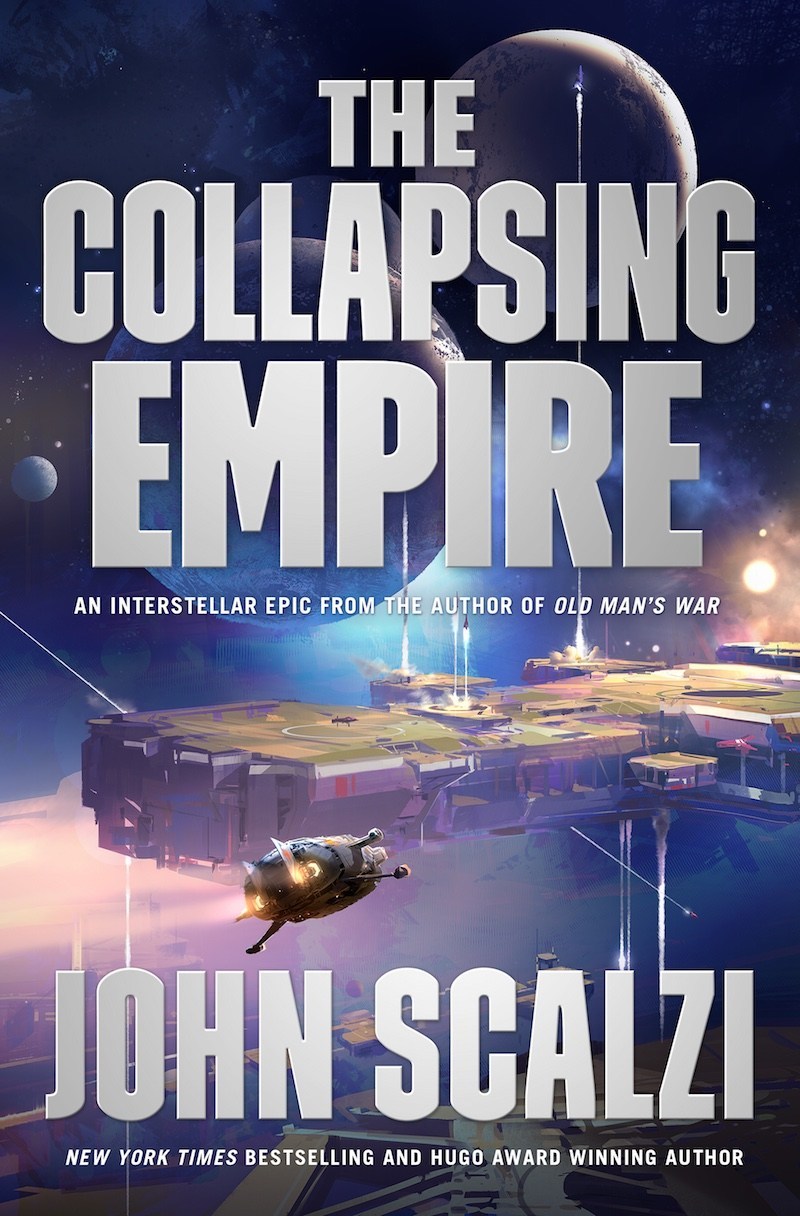 Scalzi is a name I frequently see in “Must Read” lists and it’s becoming ever more clear why. He’s a master of characters getting right to the point, mixing exposition with character. No time is wasted over-describing futuristic cities and complex starship engines. Instead, character traits are revealed in the dialogue of what the characters want.

However, The Flow is collapsing. Soon all the planets will be left to their own devices and the last time that happened the planet fell into chaos.

We focus on an Emperox, a ship captain, and a scientist mostly throughout the book but you do get a greater sense of recurring characters who will be appearing in future books. I couldn’t put it down and felt like I learned a lot from it.

Definitely worth a read, especially if you need a Game of Thrones itch scratch.

I love people talking about their notebooks and their processes. Here’s a good example of how to use a notebook, daily, to function using lists.

Also, thanks to Warren Ellis’ newsletter I was introduced to Julian Simpson and his blog. Definitely worth a read if you’re interested in nice pictures of notebooks and nature.

It’s not cheating if it’s winning.

See you next week.