I imagine this is something I’ve discussed before, but let’s revisit all over again. Not to traverse old grounds because I’m out of ideas, but to solidify this notion in my mind.

See, you can follow the story train many writers and artist have that lead them to where they are.

For example, Dan Slott, Spider-Man writer for what felt like 197 years, created one of the best story-through-lines for the character in the last few decades. Within his overall time with the character (beginning in 2008 and going until 2018, lasting well past 100 individual issues), we were given a storyline that broke grounds not just within the world of comics, but film, too.

Into the Spider-Verse was an Academy Award winning film this past year that introduced the world to Miles Morales, originally established in other Spider-Man great, Brian Michael Bendis’ run. It’s set the internet aflame with Miles love and proved to established fans that crazy, universe spanning events can work on the big screen for a mainstream audience.

You can find inspiration and groundwork laid for this story in the 1994 Spider-Man: The Animated Series television show story, Secret Wars. 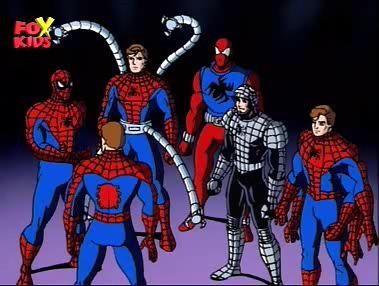 A little bit closer was he Spider-Man: Shattered Dimensions video game from 2010, which Slott also wrote. 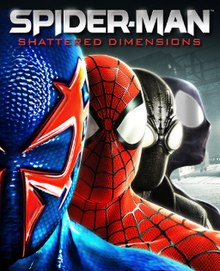 If you wanted to track its namesake, look no farther than the Spider-Verse comic, written by Dan Slott and drawn by Olivier Coipel and Giusseppe Camuncoli with inks by Wade von Grawbadger and Cam Smith alongside colors by the late Justin Ponsor. Featuring EVERY SPIDER-MAN EVER combating a single threat across the multiverse, the series was most famous for incorporating Japanese 70s Spider-Man and his giant robot, Leopardon. 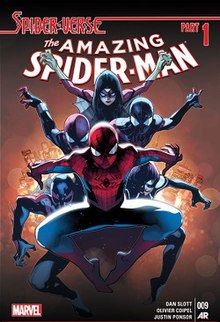 But, where did all this come from? How did Slott gain the inspiration for a dimension-hopping story where multiple incarnations of the same character all gather together?

See, Slott is a massive Doctor Who fan, as anyone with even a passing interest in his Twitter can observed. A purveyor of the fantastic qualities of the series, he used to frequently tell people what episodes to show new fans to get them into the time-traveling fun.

In fact, you could look at his ten-year long Amazing Spider-Man run and his shorter, but no less impressive, Silver Surfer run and see the good Doctor drip off the pages.

Who’s to say what’s next?

Thanks to the mainstream exposure the film received, I guarantee some kid of today goes into the entertainment industry, makes some groundbreaking piece of inspirational, revolutionary work, and is going to pinpoint Miles Morales from Into the Spider-Verse as their purpose for doing what they do.

So, what’s mine? Where do my stories come from?