Greetings from out here in Phoenix, where the weather is a balmy 105 degrees and it’s actually possible for us to go for a pleasant, mid-day walk.

I know. We’re all lizards, with leather skin and organs filled with sand like the grossest bean bags ever.

Hello, welcome to my Weeknotes from July 14 to July 20.

I wrote a small piece this week about how I concluded how to write in a new style. Nothing related to the context of the story, rather the process. Sometimes the methods you think are helping might actually be hurting you.

Music and typing fast were my two weak points.

The best comparison for this situation I could muster was Raphael, from the Teenage Mutant Ninja Turtles. He’s angry, right? That’s his defining character trait in most competent adaptations. While on occasion it can help him, such as when he’s outnumbered and needs to fight his way out, it’s mostly recognized as his weakness. Picking music and trying to type as fast as possible were mine. Once I recognized how to slow down a bit and write to the silence of the house, I found myself in a better frame of mind.

But I got back up and ate that horse. Managed another few thousand words and officially passed the halfway point on Project: BIANCA. If things continue at the rate they are then I should be hitting my 40,000 word goal for the book. Or maybe 45k, I don’t know. July is rapidly approaching and I expect a few long nights coming up.

Days are accelerating and I don’t know where we are in the summer. I guess the school year is ending soon?

Starting soon. That was a legitimate typo.

This last week has been both the longest and shortest of my life.

People, take note. If you’ve never bought a house, know that the space-time continuum collapses down into a slinky-like shape, springing at a snail’s pace before opening up and accelerating towards deadlines on other people’s timeframes.

BUT…my wife and I finally bought a house.

Now I can put myself in the position I’ve seen many of my author idols in. Whenever they share personal news (having a baby, buying a house, etc.), they usually follow it up with STILL PRODUCING WORK. That’s gotta be me. There’s no just imagining what I would do in that situation. There is just that situation.

I need to write.

I have my author bio.

I just need to finalize my list of agents to send to and, well, I send my novel out this week.

Excuse me, I’m going to go throw up a bit.

*throws up a bit 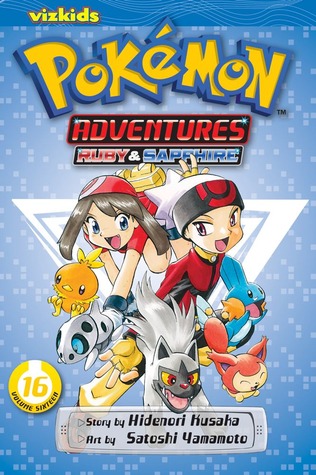 I devoured the Pokémon Adventures manga over a few days, so I’m only going to write this review for the last volume of the Ruby/Sapphire arc.

Now, if you only know the anime as the single longest form of narrative to this series then you’re missing out.

Great art by Satoshi Yamamoto, phenomenal characters expanded upon by Hidenori Kusaka, and amazing battle sequences litter every issue of the “chapters.” I believe Satoshi Tajiri, creator of Pokémon, even said this is the way he imagined the world of Pokémon to look like when he was creating it.

Battles, especially, are intense and inclusive, where the trainer doesn’t stand behind some kind of podium but rather is involved in the crossfire. The get hurt. They get attacked. Suddenly, this fun kids game has become a struggle for survival.

And they don’t hold back.

One thing I admire about this series, besides everything I mentioned earlier on, is the storied don’t talk down to kids without crossing that line in being TOO adult. There are stakes, lives are lost, and the protagonists kids (Ruby and Sapphire, respectively) are always given a chance to show why they matter and are the only ones to stop the crisis.

Even if they’re not the strongest, they’re the only ones who can.

That’s an important message. You may not be the best, but you might be only one who fits. 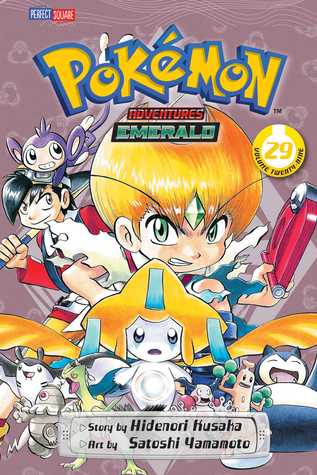 Never, ever, ever be without a notebook and something to write with. Phones are great for lots of things, but nothing beats paper and pen for complex thoughts, notes and sketches. I wrote an entire issue of PLANETARY in a notebook on a long three-leg train journey once. The phone is for everything else, and the mp3 player is for when everything else needs to go away.

I need to remind myself of that from time to time.

I’ve reopened my Pinterest page. Something about twins coming off the horizon and buying a house?

I’ve also rediscovered it as a nice, quick way to make a page of nice, pleasant things to look at.

Follow me, if you do that kind of thing.

This week was nuts, but through the chaotic sand I was able to tuck my arms, tighten my fists, plant my feet on the ground, and actually get some work done. Was it any good? I don’t really care at this point.

That’s what second drafts are for.

I’ll see you next week.